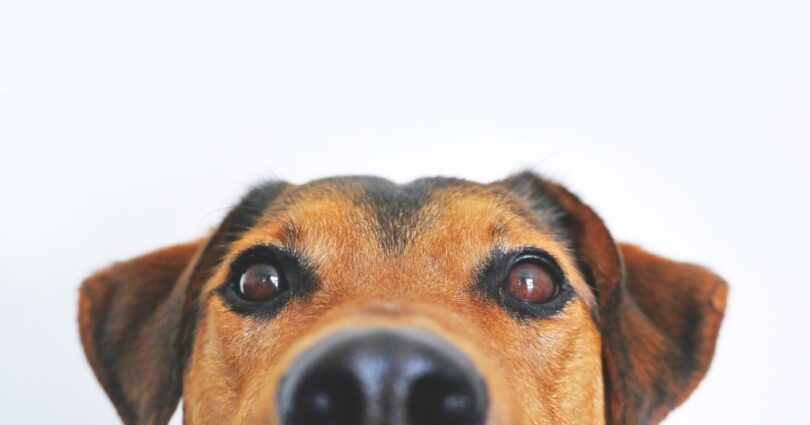 When we see an animal name in a video title we always think about Animals-Humans relationship but there is a strong bond between Animals-Animals that we do not watch so often. Here is 15 different heartening, breathtaking and foul videos & photos of animals rescuing other animals a step away from a certain death.

Our first story from 2015, where the poor Phoebe has fallen into a hole but her loyal friend Tillie was staying with her most of the day & in the rest of time Tillie was searching for help. After one-week, Tillie finally succeeded to bring help & reunited with her friend which was in good health except for the effect of slight dehydration.

Another unexpectable video that took a very different end. Aleksander Medveš is a videographer who was filming a bird went down in a bear den. While he was waiting to catch the moment of the bear eating the bird, the surprise was huge when the bear clawed the bird in the water and dropped its mouth into it so it brought the bird out safe. Finally, the bear returned to eat its vegetables and the bird dried its wings and flew away.

Back in 2012, a brave lab, Robbie, that jumped in the river to rescue neighbor’s dogs that no one know how they get there. Debbie Faddis, Robbie’s owner, captured the big moment of her lab jumping into the water, catching the rope, and pulling the boat to shore.

A very known story in 2011, about an elk trying to dig out something of water ,at the first time people thought it was trying to drink water but actually the elk was rescuing a marmot that fall down there. Finally, the elk has succeeded.

Poncho the opossum lost its mum very early, no one expected its survival under the need of a mother. While everyone lost hope Hantu, the white German Shepherd, appeared and got attached to Poncho. Both created a dynamic Duo & they last together.

When you first saw the video you feel heartwarming by the little pig rescuing the little goat but actually the whole video was a hoax by the Comedy Central show Nathan for You to bring media attention to Oak Glen Petting Zoo.

How a hungry Hippopotamus can help a zebra? the zebra was underneath a hungry crocodile’s eyes but this one learned that no mess with hippo’s area. So, the zebra succeded escape with its injured leg.

What monkeys can do to a Leopard? In 2017, while a leopard was about to have its dinner on an impala that was in its jaws, two baboons decided to help this impala by scaring the cat so the impala could run away.

While an orangutan was watching the pool inside the zoo enclosure. Suddenly, in the view of the audience, a baby chick fell. The orangutan tried to rescue the chick by using a large leaf from a nearby tree and used it to pull the chick so that it could remove the baby bird from the water. Then they sat together as a baby & its hero.

Preying on food in Hippos parts was off-limits & strictly forbidden but this crocodile tried to have its meal on hippos’ area, so they attacked it until the antelope was able to run away.

An abandoned kitten was found in a miserable state, these people took her immediately to the vet but Rosie, the kitten, was so sick so they predicted its death in the few coming days. Fortunately, those humans decided to give Rosie a peaceful death in their home, then unexpected thing happened Rosie met their husky, Lilo, & immediately they bonded so Lilo allowed Rosie to nurse. Day after day, Rosie became stronger & survived.

You remember Rosie?! Well, now it is our hero when the same family found another kitten & they decided to give it to Rosie this time so it can nurse the new kitten. Finally, the kitten got well & ready to be adopted.

When people saw a lonely calf on Safari attacked by lioness, they thought these will be its last moments, but another lioness defended the baby calf & tried to keep it close. The scene was very shocking, so people thought the lioness protected it to prey it later.

Rafael Franciulli threw a stick in the river so his black lab followed it but the lab got stocked there so the Retriever tried to rescue its friend by putting the stick in its mouth & led it to safety.

In 2017, Storm the dog became famous after rescuing the baby deer from Long Island waters went viral. when Storm noticed the baby deer, jumped into the water and pulled the baby to the shore.