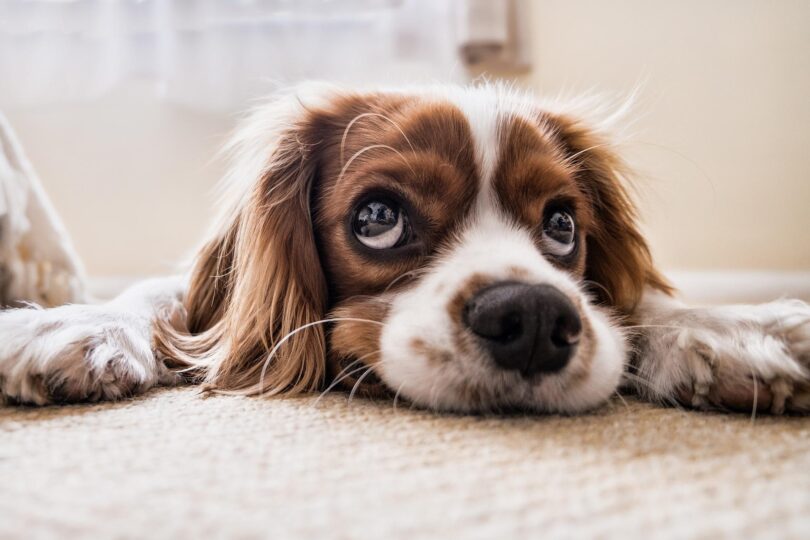 If your dog was your sole companion, the pleasure is even more intense.
But so is the loss. Over a third of American households are single-person households.
After my Australian friend Christopher lost his Gumnut, he nonetheless continued to take his morning walks in the park, carrying “poop” bags and chatting with the other dog owners, joking that he now had an “invisible” dog. And within weeks, Christopher rescued Will and Grace from the pound, and they’re now all living happily ever after.
Mikel and I were together for nearly twelve years, enjoying breakfast cuddles, morning and afternoon walks, and all the little games and rituals that gave pleasure to us both. The morning walk in particular had been an integral part of our lives. I miss that morning walk. I miss our joyous morning kisses.
I miss our games. I miss the evening ritual of preparing Mikel’s dinner. Where there had been balance, now there is a gaping void. Mikel and I were a couple.

Now I am alone.

My friend Lynn telephones from Florida. She’s just heard the news.
I’ve known Lynn since we were in grade school. I tell her how strongly I feel that Mikel will reincarnate, and come back to me. “I know how crazy it sounds,” I add.
“It doesn’t sound crazy at all. Mikel loved you so much. Of course he’d want to come back to you. Besides, miracles happen.”
I think she’s just trying to make me feel better. But she’s right. Miracles do happen. Every day, events occur that can’t be explained by science.
Sometimes we call them coincidences. Sometimes we call them luck. We tend not to demand explanations, because we know there are many things we can’t explain or understand. So we read our horoscopes and play our lucky numbers. We feel good and bad “vibes” about people, and sometimes places.
We experience the curious thing called deja vu. We fall in love. We’re not really as reasonable as we like to think we are.
Reincarnation is one of the things we don’t understand. The idea of reincarnation is as old as mankind. But reincarnation wasn’t (as many people seem to think) a story we told one another to stave off our fear of death. In fact, it was just the opposite. Ancient Indian philosophers viewed life – rather than death – as the thing to be feared. Life was suffering. Life was pain. Life was an existential treadmill from which there was no escape, and reincarnation kept the treadmill turning. To be reborn again and again was to be condemned to an eternal cycle of suffering and pain.
The ancient Greeks also believed in reincarnation, although they called it metempsychosis, or the transmigration of the soul. It is said that Pythagoras (who claimed to remember some of his former lives) stopped another man from beating a dog saying: Don’t beat it. It is the psyche of a friend of mine – I recognize him by his voice. Many other people who have little or no knowledge of Buddhism believe in reincarnation, as well. Jews believe in reincarnation. Early Christians believed in reincarnation. Henry Ford believed in reincarnation.
For the Indian philosophers, the question was not, How can I reincarnate? but rather, How can I escape reincarnation? Nearly three thousand years ago, Siddharta Gautama offered his followers a way out. Our desires create illusory phenomena, he said. These illusions delude us into believing we have a “self ” that experiences them, and it is this “self ” that is continually reborn. But once you’ve freed yourself from desire, you’ll realize this “self ” does not exist. This is enlightenment. Siddharta Gautama came to be known as Buddha, the Enlightened One.

This is a gross oversimplification of an extremely complicated philosophical system, but the point is that Buddha (who was a real, historical person) and his contemporaries were not seeking eternal life. For these ancient Indian philosophers, reincarnation was not a comforting belief, but an unfortunate fact of existence.
So where’s the proof? There isn’t any. Proof belongs to science.
Reincarnation is belief. And science and belief – in the words of Stephen Jay Gould – occupy “non-overlapping magisteria”. Science concerns itself with questions of fact. Belief concerns itself with questions of meaning. By definition, you can’t prove a belief. You can only believe it.
While there’s no proof of reincarnation, there is an abundance of evidence suggesting that reincarnation – or transmigration of the soul, or rebirth, call it what you will – exists. Admittedly, most of this evidence is what scientists like to call anecdotal, provided by people – most often children – who claim to remember a former life.
Psychiatrist Dr. Ian Stevenson of the University of Virginia collected over 2500 similar case studies of children who claimed to remember past lives. Some of their bodies bore actual, physical scars they’d received in a previous life. Fourteen of them remembered that they’d been shot to death, and their scars resembled the entry and exit wounds made by bullets.
Coincidence? Stevenson didn’t think so, and in 1967 he founded the Division of Perceptual Studies within the Department of Psychiatry and Neurobehavioral Sciences at the University of Virginia, currently under the direction of Dr. Jim Tucker. It is one of a dozen such research units around the world.
When we talk about the real world, we’re talking about a world we can see, hear, smell, taste and touch. We’re talking about a world of matter. But we also know that matter is composed of molecules so tiny that they are invisible to the human eye, and that all these molecules are in fact in constant motion. The real world isn’t solid, and unchanging. The real world is constantly in motion.
“… everything solid is transitory; every particle in existence is oscillating in and out of the void, giving the illusion of solidity because our senses aren’t quick enough to catch the vibration … The same is true for you and me. We exist as a fluid product of change and stability. Our brains look the same from moment to moment, but the activity of neurons in never exactly the same – a brain is like a river where one cannot step into the same place twice,” Deepak Chopra writes. “If the universe is constantly re-creating itself, we would be the only aspect that isn’t involved, which doesn’t make sense … Nature depends on the mechanism of rebirth.”

Being reincarnated is not the same as getting your old life back. Death is an ending and when you reincarnate you are born a new being, in a new life. Your past lives and your present life are still connected by karmic links but when you were born into this life, your karma was shuffled and recombined to become the unique entity that is – at the moment – you.
So why don’t we remember our former lives? Partly, because of the nature of memory itself. We tend to remember “big” things. Memory is attached to strong emotions, which may be why children who died violent, traumatic deaths in a former life are able to recall them in this one. Certainly, we don’t remember everything that happens to us, even in this life. Memory is selective. It has to be. Otherwise, we’d go mad.
Moreover, our Western culture discourages such memories. (They’re much more common in India) In the United States, if a child claims to remember a former life his parents are likely to think he’s merely “going through a phase” like having imaginary friends.
In any case, these memories soon fade. Most memories fade. Can you remember what you had for lunch last Tuesday? Or who was invited to your seventh birthday party? If we can’t remember where we put the car keys, it’s no wonder we can’t remember our former lives.
All sentient beings reincarnate. Shih Tzus in particular have a long tradition of returning to live out a second life with a beloved owner. It is said that they were specially bred by Tibetan monks to sleep in the sleeves of their gowns and keep them warm while they meditated. Each Shih Tzu traditionally spent two “lifetimes” with his or her monk, who could always tell instantly which puppy in a litter was “his” Shih Tzu by the white blaze (said to have been placed there by Buddha) on its forehead.
Almost a century ago, Edwin Schrodinger asked: “How can the events in space and time which take place within the spatial boundary of a living organism be accounted for by physics and chemistry?”
His conclusion: They can’t.
Science can only take us so far.